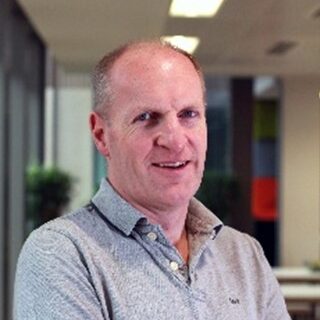 Colin McCreath is an Associate Director in the Infrastructure group within the North Sub Region of Arup where he leads the Advisory Services business. Colin has considerable experience, both in the UK and working in Canada, in the design and delivery of a broad range of Civil Engineering projects, gained over a 25 year period of working in the industry. The projects he has been involved in are varied and include maritime works, railways, bridges, highways, tunnels and numerous geotechnical works.

Colin has considerable knowledge of a number of ports sites around Scotland having undertaken commissions for a variety of clients including Crown Estate Scotland, Scottish Enterprise and Forth Ports. Recently Colin led the study for Crown Estate Scotland which reviewed the suitability of Scotland’s ports to meet the likely demand of the offshore wind industry to 2040.
Other knowledge has been gained from assessing potential upgrades to OSW manufacturing sites in Scotland and previously in organising ground investigations and undertaking quay wall stability assessments leading to the design of significant enhancements to the infrastructure of a number of ports, over a period of many years. Sites where these commissions were performed included Port of Dundee, Fife Energy Park in Methil, Port of Leith in Edinburgh, Port of Rosyth and Port of Grangemouth. In addition Colin led a marine access study to assess the suitability of the Energy Park in Methil for anticipated future demand of the offshore renewable industry.