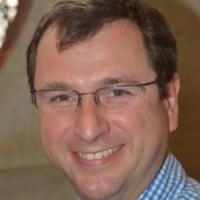 Gregor gained his BEng (Hons) in Naval Architecture from the University of Strathclyde in 1995. Since then has been working in the oil and gas industry for over 20 years. Starting as a Naval Architect with Kvaerner Earl and Wright he then broadened his experience jobs at Houlder Offshore and Vosper Thornycroft. He then spent 11 years in various positions within Saipem before culminating as Commercial Manager SURF. Gregor joined Havfram when the Aberdeen office opened in 2012, where he holds the position of Business Acquisition Director, driving forward their SURF and Renewables Business lines.

Havfram, Next Generation Thinking for the Energy Transition